Mission of the organization

Manif d’art is a not-for-profit organization and a recognized charitable organization. Its mission is to promote contemporary art by local, national, and international artists, a mission it fulfills by providing unconventional platforms for creation and exhibition.
Manif d’art brings together artists at varying stages of their careers to take advantage of these innovative opportunities, and in so doing offers them a rare degree of artistic freedom and exposure through activities created and managed exclusively by the organization. These include Manif d’art – The Quebec City Biennial, exhibits of their work abroad, the Première Ovation visual arts, media arts, and applied arts program, and the Videre Awards in visual arts.

2000: Born of a need in our arts community for an international visual arts event in Quebec City, the first edition of Manif d’art – The Quebec City Biennial (formerly known as Manifestation internationale de Québec) sees the light of day. Claude Bélanger, director at the Oeuil de Poisson centre, is the driving force behind the launch.

2002: The Manif d’art organization is founded by Claude Bélanger to ensure the event’s continuation and development.

2009: Manif d’art collaborates in the grand premiere presentation of L’équation de l’eau (A equação de água) by Jean-Yves Vigneau during the fifth edition of Vento Sull in Brazil. Pascale Bureau from Manif d’art gives a talk on The Quebec City Biennial at Paço da Liberdade in Curitiba.

Awards and Distinctions for Manif d’art

2017: Winner of the Prix Ville de Québec for excellence in arts and culture.
Awarded by the City of Quebec, this prize recognizes Manif d’art 8 – The Quebec City Biennial for showcasing of hundreds of artists.

2010: Finalist for the Prix Coup d’éclat! in the promotional brochures and flyers category.
Awarded by Festivals et événements Québec.

2007: Finalist for the Prix Coup d’Éclat! in the category for websites with budgets under $500,000.
Awarded by Festivals et événements Québec, this prize highlights the excellence of promotional campaigns for festivals and events in the province of Quebec.

2006: Winner of the Grand Prix du tourisme québécois for the Quebec City region in the category for festivals and tourist events with operating budgets of under $1 million.
Awarded by the Office du tourisme du Québec, this prize honours the commitment of companies in the hospitality sector for positioning Quebec as a leading tourist destination.

2005: Winner of the Prix Ville de Québec for excellence in arts and culture (Prix d’excellence des arts et de la culture).
Awarded by the city of Quebec, this prize recognizes the excellence, dynamism and originality in the work of an organization or professional cultural and artistic group working in Quebec City who enjoyed remarkable success during the year 2004-2005.

Team and Board of Directors 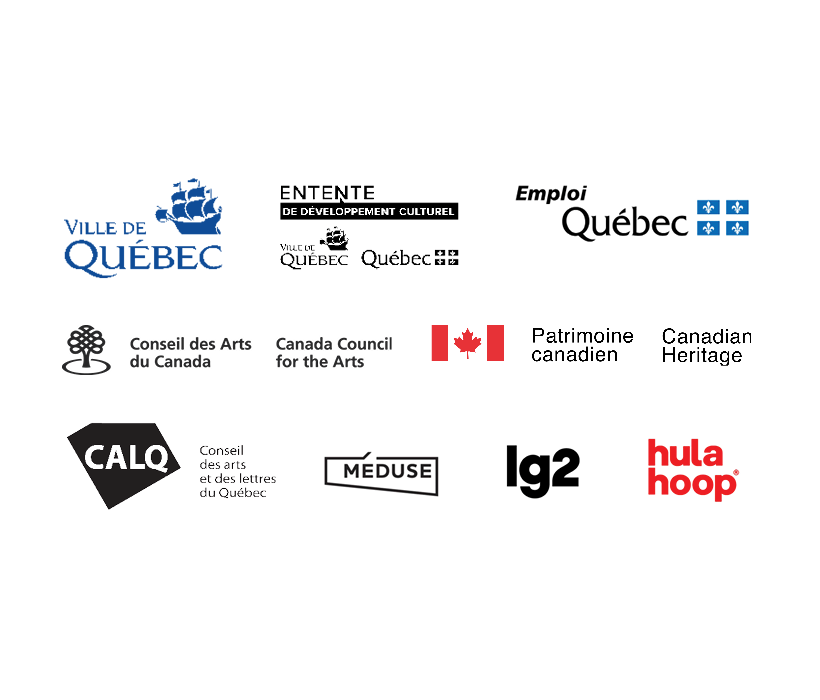 Manif d’art would like to thank all of its public, semipublic and private partners, as well as its employees, interns and volunteers, for their moral and financial aid supporting the organization.